D’Ieteren Automotive is the exclusive distributor of Volkswagen brands in Belgium. Thanks to D’Ieteren, dealers of the Volkswagen group can count on a fast delivery of parts. To maintain this excellent service, a new backend system was needed. That switch required modern scanning equipment that connected seamlessly with the new software. Dalosy helped them replace and expand the hardware, with the right scanners and printers. This has enabled them to significantly increase operational efficiency. 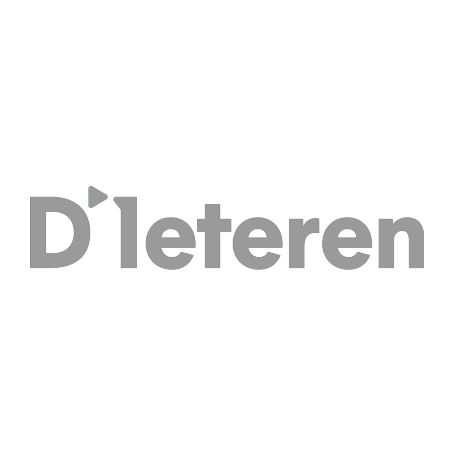 D’Ieteren Automotive is the exclusive distributor in Belgium of the Volkswagen brands: Volkswagen, Audi, SEAT, Škoda, Bentley, Lamborghini, Bugatti and Porsche, as well as parts and accessories. Around 1.2 million vehicles of these VW brands participate in traffic, representing a market share of more than 23%. D’Ieteren Automotive manages a strong network of independent dealers throughout the country and owns concessions along the Brussels-Mechelen-Antwerp axis. To complete its offer, the company sells used vehicles and provides maintenance, financing and leasing services

D’ieteren has a 44,000 square meter warehouse from which they supply around 300 Belgian dealers and house around 100,000 SKUs (stock keeping units), so that customers never have to wait long for the necessary parts. Orders are often delivered within 24 hours. Large and strategically located dealers receive their orders placed before ten o’clock in the morning even within a few hours.

Because the underlying backend system was very outdated, D’Ieteren decided to implement Microsoft Dynamics. However, the old scanners were not compatible with that system. “To be able to work with Microsoft, for example, we needed an app that runs on Android. In addition, we wanted to scan much more. The old scanners were not designed for that,” says Filip De Wit. “Incorporating more scanning moments in combination with well-performing scanners should support the process even better.”

D’Ieteren had previously purchased scanners and printers through Dalosy, so they asked Dalosy again to make a proposal.

“A 'request for proposal' (RFP) was sent to a dozen suppliers. Six of them were allowed to present their vision. We gave them all a fair chance, but in the end we felt best with Dalosy. The fact that we had already worked together was, of course, a welcome bonus.”

Dalosy proposed various scanners to D’Ieteren, depending on the application. For most scanners, the choice fell on Zebra’s robust TC8000 terminals. D’Ieteren also uses Coppernic’s C-One with RFID reader to read the tags of order picking containers. Furthermore, the company has some ‘dumb’ scanners that convert barcodes into text. For the sorting islands, table scanners were installed to read the QR codes that are now used there. To ensure the continuity of the scanning process, the number of Wi-Fi stations in the warehouse was increased from 20 to more than 80. With this, the warehouse now has an optimal Wi-Fi coverage.

The new way of working also required many more portable printers. These make it possible to print labels immediately at the right place in the process. D’Ieteren also entrusted Dalosy with the supply, configuration and subsequent management of the new WiFi network and the supply of the best ‘on spot printers’ for the inbound and outbound process.

When the software project was delayed, D’Ieteren and Dalosy decided to start working on the new hardware. “Our old scanners were in urgent need of replacement. So we asked Dalosy to link the new hardware to the old software first. An extra challenge was that the new Wi-Fi network was not yet in place. The entire transition phase was quite tough, but thanks to Dalosy’s expertise we managed to get through it”, Filip De Wit recalls.

In the meantime, the new software is live and the new way of working is starting to bear fruit. D’Ieteren now has much more control over what happens in the warehouse. All actions are immediately scanned and saved. The error rate has also been significantly reduced. Thanks to the new system, it is now also possible to cross-dock smoothly, which benefits the delivery speed.

“Throughout the entire project, we were able to count on Dalosy’s expertise to eliminate the obstacles in the area of hardware. Together with our partner, we are still fine-tuning things here and there”, Filip De Wit adds. “It is nice to know that Dalosy always helps us look for the best solution. For example, when we were looking for management software to manage scanners and printers separately, Dalosy suggested a SOTI solution. That turned out to be a very good choice. Thanks to this software, we can now easily carry out updates and checks remotely.” D’Ieteren and Dalosy have also come up with a solution to limit damage to scanners:”Scanners used to be handled very carelessly. Now there is almost no damage to our scanners.” 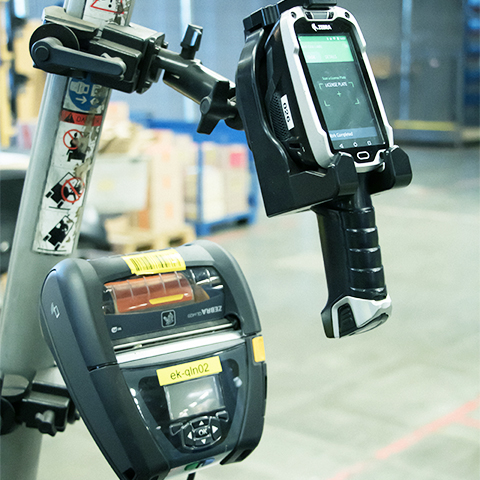